I moved a bit quicker through 3 counties along the Wild Atlantic Way this last week. My driving moved up yet another level closer to âlocalâ as I zipped past tourists and tractors on the small winding roads that reminded me of ribbons blowing in the wind. At one point I actually decided that I couldnât have done this trip with anyone else â I would have hated being the passenger in a car on these roads â I would have been a ball of stress! Getting to drive yourself is yet another great reason to be solo.

This week’s Wild Atlantic Way Instagram update was full of volatile weather – which makes great photography.Â  I started the week in County Galway where I was introduced to yet another landscape as I went through the town of Roundstone â aptly named since the whole landscape there was huge round stones! Then I made it to the little popular town of Clifden in Connemara. This was an area where I actually had a connection. A guy I met 4 years ago on the Mongol Rally hosted me at the Dolphin Beach House. His family has been running this perfectly placed home on the Sky Road peninsula for years so I was excited to finally get to see it!

I used the Connemara area to get out and try some new adventures â like electric biking (I may never be able to go back to real biking again!) from All Things Connemara. They outfitted me with a bike, rain pants, and a map and I was on my way soloâ¦on a on another very rainy, windy day. I also ended up closer than I ever expected on the Wild Atlantic Way â no I didnât drive into the Atlanticâ¦I kayaked into the wild Atlantic with Real Adventures Connemara. Clare, one of the toughest women Iâve met, took me out on some really rough seas and had nerves of steel â what an adventure!

I drove through Connemara National Park, the Bens, and fjords and towards County Sligo where I stayed on beautiful Enniscrone beach B&B for a night. It was here that I ran into the surfers along the Wild Atlantic Way.

On to County Donegal to see the largest cliffs along the Wild Atlantic Way â Slieve Leage. It was a windy, rainy day again and I felt like I needed to strap into something when I got out of my car and the wind nearly blew me over! I had to skip the walk to the summit due to high winds and poor visibility â but the overcast skies made for super photography. After another night in a great rural B&B on Inishowen peninsula I got up early the next day and headed to the northern most point â Malin Head. No one was out on the roads that morning â just me and the sheep â and spectacular views.

I was sad to turn in my carâ¦really sadâ¦we had such a great relationship going. And it was just this week that I figured out I had an auxiliary input and could listen to my music on my ipod! My favorite days were these rainy, stormy days where I could sing at the top of my lungs and enjoying the winding views. 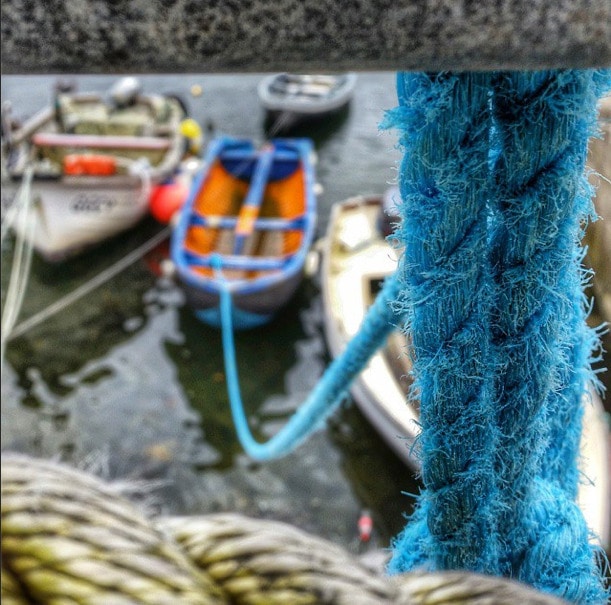 I realized that my Instagram feed was lacking diversity in color lately – so I bring you blue. 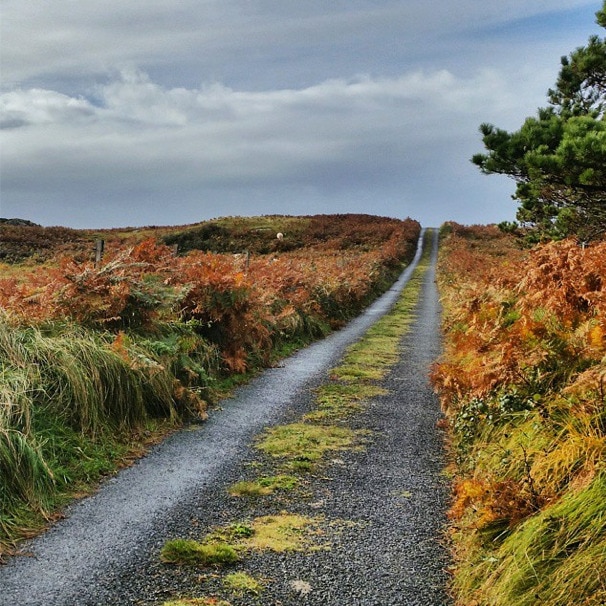 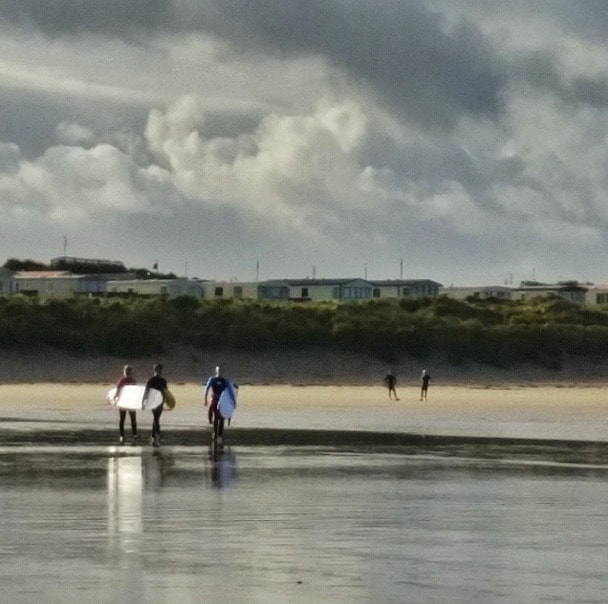 Watching the surfers at Enniscrone Beach go out for the morning 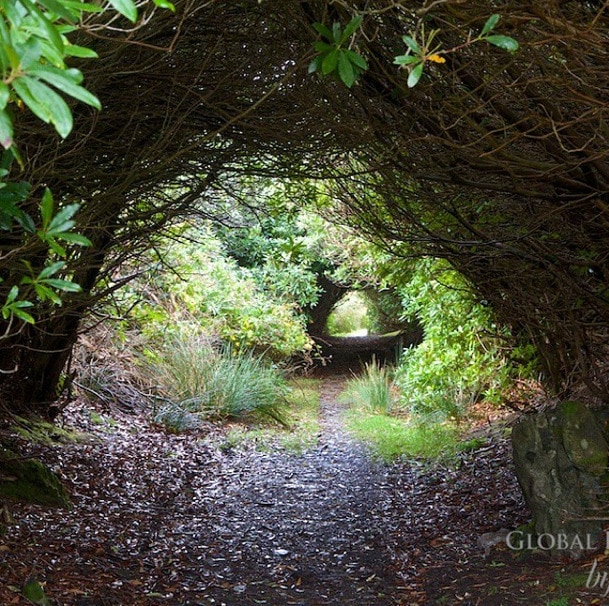 A green tunnel in Connemara along the #wildatlanticway 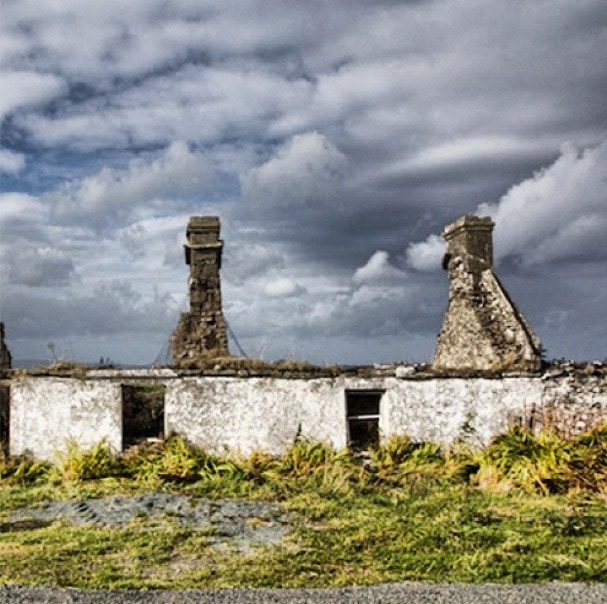 The Irish countryside is littered w old crumbling stone homes like this. I find them beautiful memories of the past and often make up stories in my head as I pass by about the families who used to live there. You have a lot of time for your imagination to run wild when doing a solo road trip! 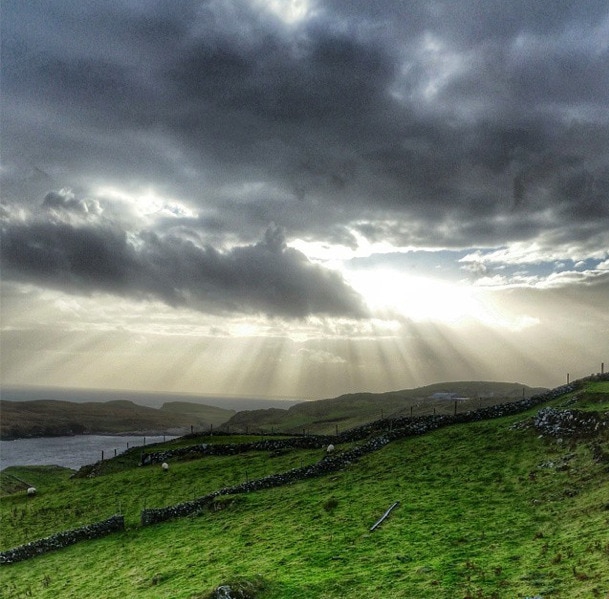 On the road again in County Sligo! 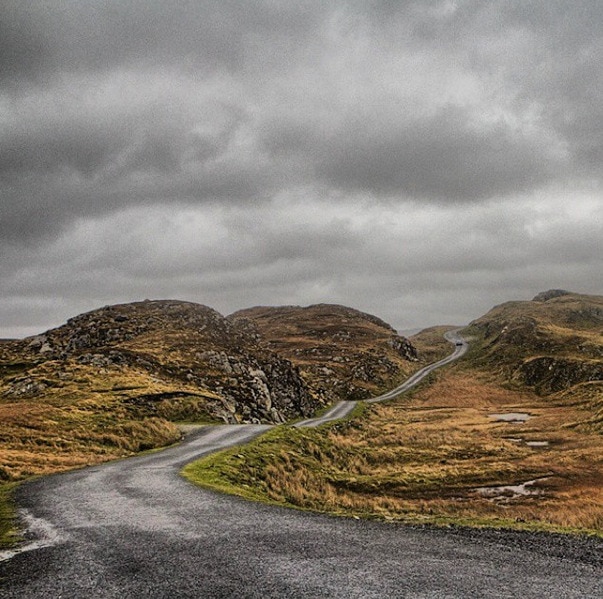 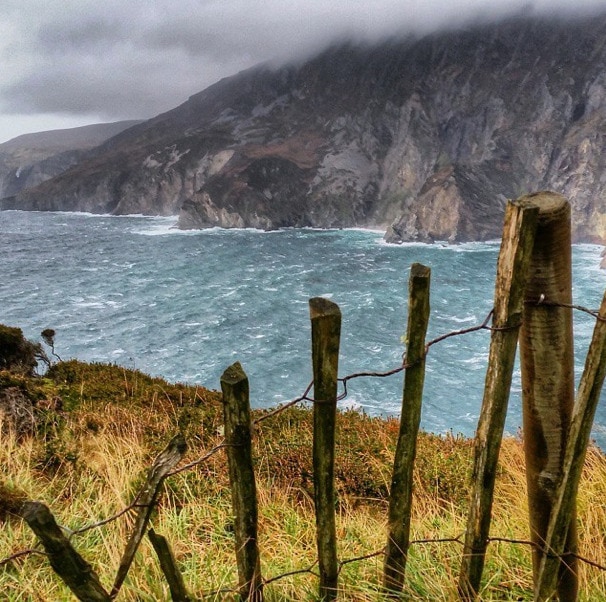 I adored the colors at Silabh League Cliffs – the aqua of the water & orange/ yellow of the foreground. The wind was brutal up there but the view was worth it! 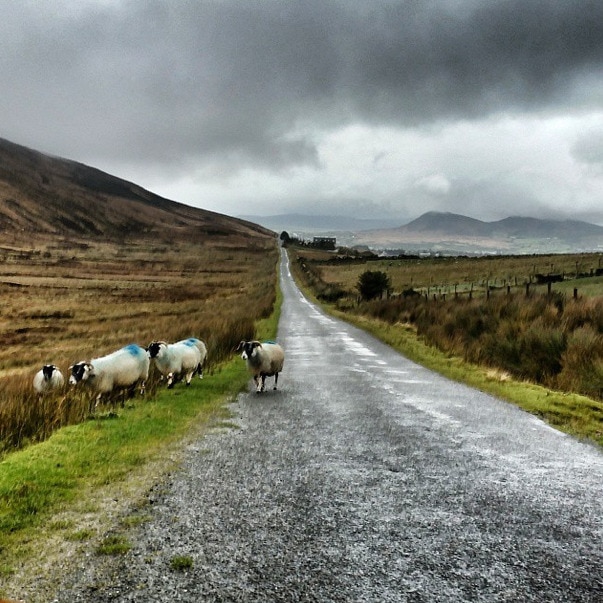 My last day on the #wildatlanticway – I’m heading the the northernmost point in Ireland – Malin Head. The roads are quiet – it’s just me and the sheep.

What is Week In-Stagram Review?

Each week brings some new scenery and location for me â thatâs just the way I like it. If you want to follow where I am real time â then on Friday I will post some of my Instagram photos from the current week. Some weeks I may be traveling somewhere exotic, and some weeks it may be less interesting â but it will give you a peek into my life of perpetual motion.