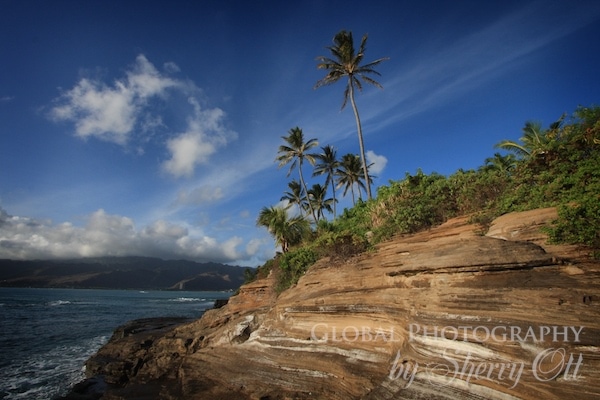 It's easy to get distracted in Hawaii!

Serendipity is when someone finds something that they weren’t expecting to find. This is normally associated with a good outcome â something pleasant and unexpected. However I had the pleasure and misfortune of experiencing travel serendipity twice on the same day â the day I arrived in Hawaii.

Iâm on the move again; albeit for a short time (3 weeks). Quite honestly I had to get out and explore again. As much as I absolutely love seeing friends and family in the US and evangelizing about Meet Plan Go and extended travel, I canât find my inspiration or happiness there. I yearn to be moving and exploring; I sometimes feel like this is a curse, but you canât really change the fiber of your being, so instead I try to work with it. 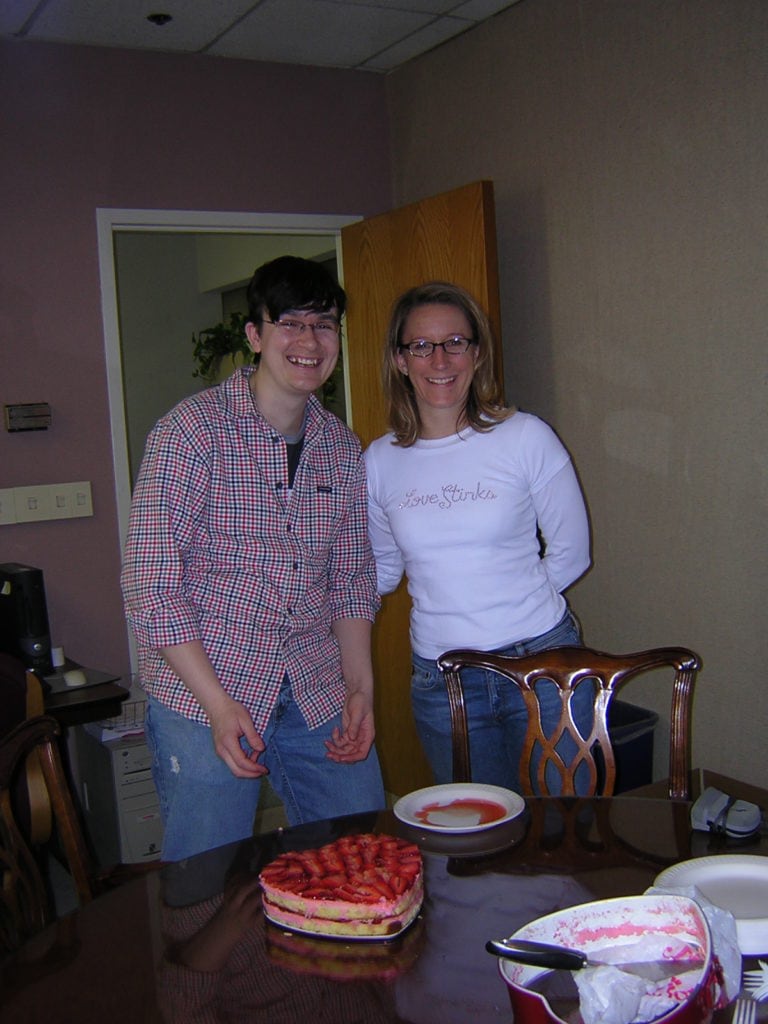 Ron and I celebrating my birthday at work in 2004

Surprisingly Iâve never been to Hawaii before, yet I have passed over it many times at 30,000 feet. Recently while in London I met up with an old friend from my corporate past as he was traveling this summer. He was my old assistant who worked for me in my past corporate life. And I can safely say he was my favorite assistant I ever worked with; and Iâm not just saying that because heâs also a fellow Aquarius and former pastry chef. He brought life and levity to my daily corporate existence and most importantly he put up with my type A insanity while also baking me strawberry cakes.

Ron lives in Hawaii now with his partner Mark. He has invited me numerous times to Hawaii, and finally I bit. I really needed a break from the USâ¦yes, yes, yesâ¦I know that Hawaii is the US â stop hyperventilating; honestly, it doesnât really feel like it. Itâs this weird laid-back island with seemingly more Asian influence than American influence. Plus â he offered the icing on the cake â âYou can stay with us at our house and we have an extra car to use.â I know that you donât pass up staying with a local, free lodging, and transportation in Hawaii! So I escaped to the turquoise water and welcoming smiles of Ron and Mark. 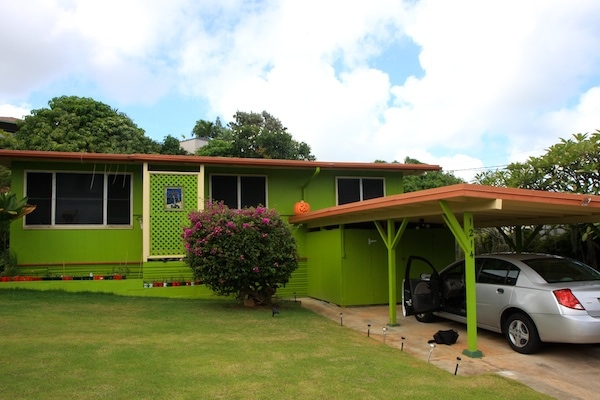 I arrived at the baggage claim to Hawaiian leis and hugs from Ron. I was a bit stunned, as I wasnât expecting to see him at baggage claim. Nowhere in America, or most other countries, do they allow non-passengers into baggage claim. Hawaii is different apparently. We waited for my bag picked, I pointed to it, Ron picked it up and away we went chatting away and out the door into the hot Hawaiian climate.

Ron is an avid reader of Ottsworld and knows me quite well from my life prior to Ottsworld so when I arrived in his home he pointed out that he had plenty of Diet Coke and peanut butter for my 2 week stay. This was the best welcome ever! We quickly put down my bag and took the car out exploring around Kailua where Ron and Mark live.
Soon we were winding around volcanic cliffs and peering out on the glistening ocean. I was once again reminded of how amazing it is to travel with a local in tow as Ron took me to little secret spots, tucked away behind million dollar homes to photograph the sunset; locations which donât exist in guidebooks. As we were walking down one of the public access pathways to another picture perfect view serendipity intervened. Coming up the path was a familiar face â the only other person I knew in all of Hawaii – Yen, our Meet Plan Go Honolulu host.

We all stared at each other in amazement. I had planned on seeing her later in the week, but I had never planned to serendipitously run into her on a remote part of Oahu. Ok universeâ¦Iâm listening nowâ¦

We chatted excitedly we made plans to see each other the next day for some hiking and afterward Ron and I continued our secret, local, sunset tour. We arrived back at the house to make meet Mark and go to dinner, but before we left I wanted to quick freshen up as I was sweaty and had been on the go since I arrived at the airport!

Thatâs when serendipity #2 hit me. I went to my suitcase to unlock it and get my toiletries and I was greeted by a lime green lock. Wait a minuteâ¦thatâs not my lock.

My first reaction to the imposter green lock was that TSA had inspected my bag and put the wrong lock back on – damn TSA! Immediately my mind was racing on how I could cut it off and tweet my dissatisfaction with them. Then slowly the fog started to lift; I looked at the bag and realized that I had made the stupidest traveler mistake ever. I had picked up the wrong bag and taken it with me! 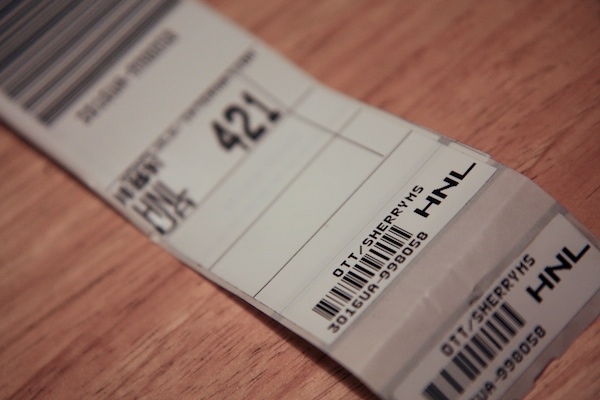 Luggage tags - they are important!

My heart sank in embarrassment as I searched for the United Baggage number to call with my tail between my legs trying to rectify the situation. The bag was exactly the same as mine â but in my excitement around seeing Ron in the baggage claim I completely got out of my normal routine and didnât check for tags. As I listened to the phone ring I realized they probably didnât care about this excuse. I also realized that they had been trying to call me during the day but I hadnât picked up because it said it was a blocked number and I was too busy touring around!

Mark and Ron demonstrated their hospitality and aloha spirit by driving me and someone elses luggage all the way back to the airport on the other side of the island. I thought to myself â how can I call myself a professional traveler; I made the biggest rookie mistake ever. I guess it goes to show you that even âprofessionalsâ have a bad dayâ¦see the Cubs Franchise if you donât believe me.

It was an eventful welcome to Oahu full of unexpected experiences. I can hardly wait to see what the next 3 weeks brings! 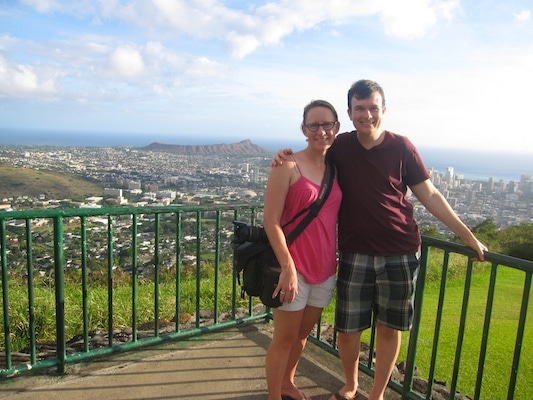 Ron and I overlooking Diamond Head and Honolulu

Iâve filled up the rest of my time here with some great travel experiences which I will bring you over the next weeks. And I will be testing out the theory of if Hawaii can be a solo, and not super expensive travel destination or not. Staying with locals is a good start to the experiment! Stay tuned for Shark cage diving (doing this today!!), photo safaris, star gazing, lots of hiking, manta ray snorkeling, and hopefully even some cattle herding. I have a lot planned for Hawaii â so stay tuned!

Have you ever made a stupid rookie travel mistake – please tell me about it to make me feel better!