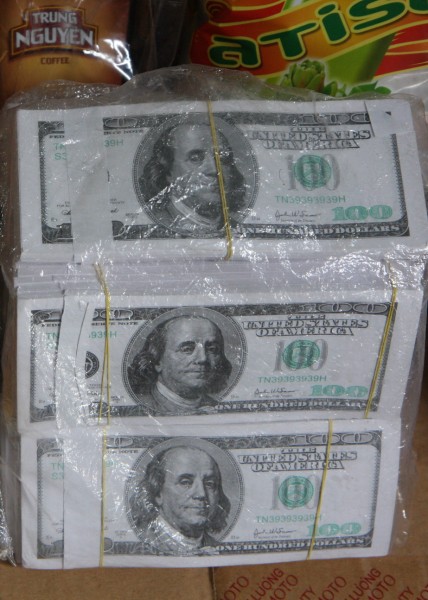 Iâve been doing a lot of thinking about the recession lately. Iâm in a very fortunate position here in Vietnam in that Iâm not as bombarded by the recession news 24/7 as people in the States are. Sure, they talk about it here, but I can decide when to easily âplug intoâ the freak show or not. When I turn on the TV , I donât get channels like CNN or BBC, I get the travel channel and AXN (some Asian network that shows western shows). In fact, I canât remember the last time I saw a news program. No 20/20 scaring me about how terrible the unemployment is and how I will no doubt lose my job and be stuck with a big mortgage and no way to send my kids to school. No 60 Minutes scaring me into wondering how I will support myself in retirement thanks to the downward spiral of my IRA. No Good Morning America trying to scare me into clipping coupons and stop drinking Starbucks and make my coffee at home to save money. A little side note â there are no Starbucks here, so no temptation for me!

I mainly keep up to date on the economy via news podcasts, and occasionally I will pick up an International Time or Newsweek when Iâm feeling out of touch. However I recently I had an injection of American information into my little Vietnamese world. I had friends visiting from San Francisco and they granted my wish for magazines! Iâve spent the last week pouring over Newsweek, People, In Style, Lucky, Us, Elle, Vanity Fair and Esquire. These are all vastly different magazines, but there were two things in common in each of them; the recession and our new President. I was a bit startled at what a collective mass these topics were regardless of if the magazine was about news, fashion or celebrities.Â  It’s nice to see that the press has been able to channel it’s fanaticism from the 2 year deluge of Presidential Race coverage into coverage of the recession.Â  (Please understand that was sarcastic – duh)

Celebrity news is like giving me crack; Iâm on an immediate high. I started paging through it and was a bit surprised when I saw a picture of Leonardo DiCaprio with this quote âWho am I, or any other actor, to get in the way of tradition?â This quote was in response to attending lavish awards parties during a recession. I read this and actually got rather angry at how stupid this question was. Donât we WANT people to spend money during a recession â especially rich people! Forget Obamaâs Stimulous Plan, just have rich celebrities spend their moneyâ¦problem solved! Ok, I obviously know itâs not that simple, but I was astonished at how inane the press can be; even the celebrity press. 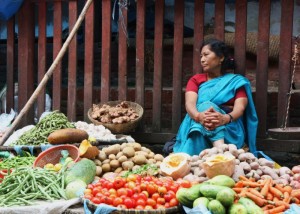 Itâs very nice to be able to tune into the doom and gloom when I want to. I can easily go for weeks and weeks without even thinking about the recession if I choose not to. Teaching ESL isnât really effected – at least not yet. As long as there are people from other countries that want to try to improve their future, there will be people that want to learn English. Granted, I donât make much, but I donât need too much either here. Heck, my insurance costs $500 for the whole year. Income tax is low, about 10%. I donât have to try to âoutdoâ anyone by purchasing the latest Uggs or LV Handbag. I donât need a car; a motorbike will do.

Yesterday I overheard some expats talking here in Ho Chi Minh City. They were proper expats, not the ESL teacher expats like me. These are people who are working for a large western corporation that is paying for their entire family to live in this foreign country. Their life is challenging as they are raising children in this unknown culture with little infrastructure; it is not like their home countries, it is no cake walk. But they are also taken care of well by their company â housing, schooling, flybacks, etc. They were having lunch and talking about the economic crisis. I overheard them discuss their company layoffs, companies pulling out of Vietnam or consolidating operations in Asia, the possibility of going back to their home country where there were no jobs, and their college funds decreasing in value so much that they were concerned with how their kids would make it to college. It was all pretty gloomy and weighing heavily upon them. 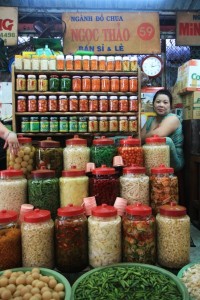 However, I sat there and thought, I donât have to worry about any of this. When you have nothing to lose, you donât have to worry. Maybe the best people to deal with the recession are the poor. I donât have a high powered job, nor a house, nor furniture that I even own! I donât have children that depend on me to put them through college â thank goodness! Instead, I have $300 rent, and the ability to go out for a nice dinner and multiple drinks for $10. I already went through the painstaking process of purging, I donât really have any more that I can give up. After months and months of second guessing some of those decisions and learning how to live a different lifestyle, it now feels pretty good to be in this position. Isnât it true that the more you have the harder it is to live without it? We get caught up in this vicious cycle of having to have more and more and more; but now we are paying the price. The longer you have more, the harder it is to have less. I know this because I lived it; and it wasnât easy; it was an addiction like any other. So, my economic downturn happened before the rest of the world, it happened last year. While everyone was still enjoying their riches, buying their Jimmy Choos and everything their heart desired, I was getting rid of everything my heart desired.

Anyone is welcome to come hang out on this side of the world with meâ¦I could use the company!

14 Responses to "My Lucky Recession"