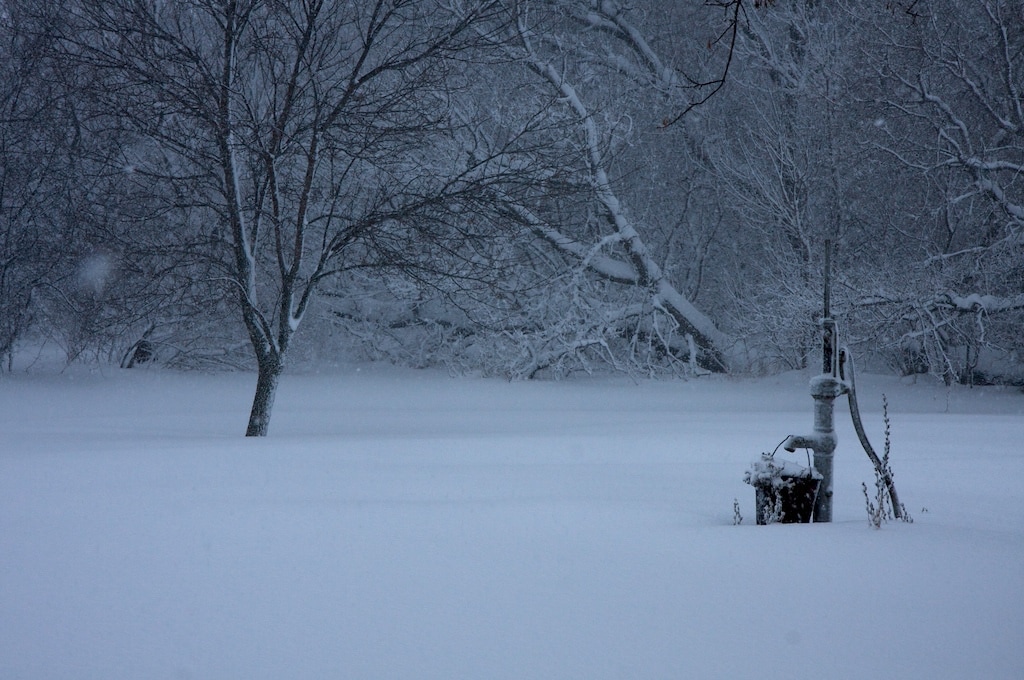 This Christmas was shaping up to be one of my favorites. Â Â After living abroad alone last year,Â  I had planned to spend Christmas with my mom and dad in South Dakota.Â  My whole family is spread out in the Midwest and it rarely happens that we are all in the same place due to my vagabond travels and my sisterâs family living overseas.Â  However, this year all good fortunes aligned allowing my sister and family (who just moved back to the US) and my brotherâs family to join us in South Dakota!Â  I LOVE Christmas, and I really love being around my family for Christmas â so this was a treat of epic proportions for me amplified by the fact that I had been away for the last 15 months.

However, Mother Nature had other plansâ¦ 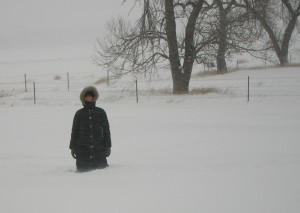 As early as Tuesday it started â the 24/7 coverage of the âapproaching stormâ in the Midwest plains; my ground zero.Â  One thing Iâve been amazed at since arriving back in the US for the holidays is Americanâs addiction to weather.Â  Itâs weather overload for me, Doppler this â Storm Tracker thatâ¦I stare in amazement at the television screen wondering how people can live their life when they are so concerned with the weather?!

At first on Tuesday I didnât believe it, by Wednesday I was in denial, by Thursday I was starting to accept, and by Friday morningÂ  – I knew it wouldnât happenâ¦no one would make it here for the holidays.Â  The blizzard did indeed arrive, just like the Storm Tracker Radar said it would.

Snow and wind is a terrible combination for the plains where there is little to impede the windâs wrath and power.Â  Silently my mom, dad, and I all were a bit saddened by the situation as we were all looking forward to having a house full of people, nieces running around, games, food, drink, and more food.Â  But as we looked at our huge platter of homemade cinnamon rolls, dozens of freshly baked cookies, 12 pounds of prime rib; the three of us knew that we were on our own.Â  The TV informed us the main interstate in South Dakota was to be closed the whole day.Â  The state had officially come to a stand still; outside visitors were turned away and we all settled in for a small, quiet, snowy Christmas. 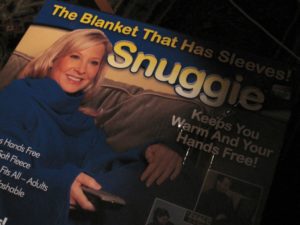 As a family we had decided to only get gifts for the kids â no adults would exchange gifts (at least not anything major), so we looked at our little tree and each had one gift beneath it to exchange.Â  I had brought my parents back some small trinkets back from Asia.Â  Small trinkets are great â but when they are your only giftsâ¦itâs kind of pathetic.Â  In the same vain, I opened up my gift from my mom; a Snuggie.Â  I could write a whole post on that lovely piece of American culture on itâs own.Â  The Snuggie â the blanket that has sleevesâ¦only in America.

The whole situation was a bit sad to me.Â  I sulked at first.Â  I was shut in a house getting buried by the wind and snow.Â  Sulking gets you nowhere though, itâs wasted time.Â  Then I decided to treat the situation like any other travel adventure I had been on for the last 3 years â I would treat it as a cultural scene that others in the world might like to see.Â  I got out my camera. 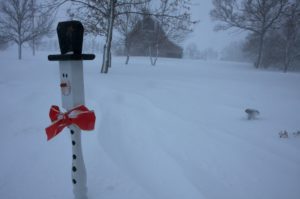 Sometimes itâs hard to see our everyday lives as different and unique.Â  The truth is, I have a hard time being inspired by my own culture, let alone my family.Â  But today I wanted to try to see it thru the eyes of a visiting culture.Â  A visiting foreigner would surely want to go outside and play in the snow, no matter how cold and windy it was.Â  They would want to try all of the unique food.Â  They would also be amazed by the incessant television weather coverage.Â  They would be intrigued by the Snuggie blanket.Â  They would be fascinated by our culture; especially during one of the most important and celebrated festivals of the year.Â  It wouldnât matter to them if there was 3 of us, or if there was my whole extended family here; they would like it anyway.

After I started looking at the situation as a foreigner, it became interesting to me.Â  Even the foods became interesting.Â  Really, what other culture eats casserole?Â  Campbellâs cream of mushroom soup is a staple in our cupboard along with cheese whiz.Â  That alone could be compared to Durian in Asia or eating insects â people would most likely wonder why we would eat such lifeless food out of cans and jars.

I made my parents come out and play in the snow, we drank Peppermint Pattyâs (hot chocolate + Peppermint Schnapps), and ate from our big platter of decorated sugar cookies.Â Â  Surprisingly, the day turned out ok.Â  I even got in my Snuggie and watched the movie Christmas Story on television conveniently showing for 24 hours back to back.Â  After all, in America, you can never have too much of a good thing.

Fun is not always evident, but sometimes all you need is a new set of eyes; a new perspective.

View all of the photos from the Christmas Blizzard!

Video of the road conditions!

6 Responses to "My Foreign Christmas"