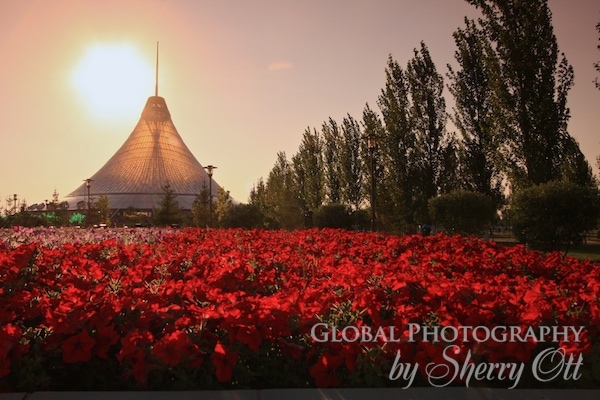 Landscaped Park of the New City of Astana

I expected poor roads, hot days, car issues, team disagreements, dirt, hunger, and communication challenges. But there was one thing I didnât expect â Kazakhstan. The 9th largest country in the world has knocked me off my feetâ¦my smelly, hot , dirty mongol rally feet.

The environments and unfortunately road conditions in Kazakhstan change wildly form day to day and hour to hour. However itâs the cities that have stunned me. For example â does anyone even know the capital of Kazakhstan? I didnât until a 2 days ago when I saw it on the map and we pointed our Mongol Rally car in its direction.

When we arrived in the capital city of Astana it blew us away. Here was an ultra modern city with high rises and architecture that rivaled Hong Kong and Valencia. The parks were planned out beautifully with landscaping. All of this urban planning was surrounded by big malls of course. Yet none of us experienced travelers had even heard of it before. It was as if we had discovered the Emerald City of Oz.

Locals were out strolling along the parks taking photos â and of course staring since we seemed to be one of about 100 tourists that I think actually come here a year! A guy in the mall actually stopped us and said he had only seen people like us on TV and never in person. 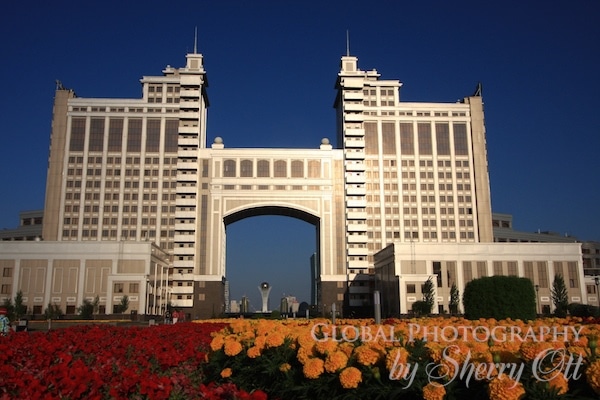 I wandered around with my camera wondering how such a city could go so unnoticed by the world? I felt like an explorer and it helped that everyone looked at me as if I were Lewis and Clark on expedition!

Kazakhstan even had ice skating rinks in their malls, western chain stores, and street entertainment. You know you are heading towards in the right direction when you have street performers! 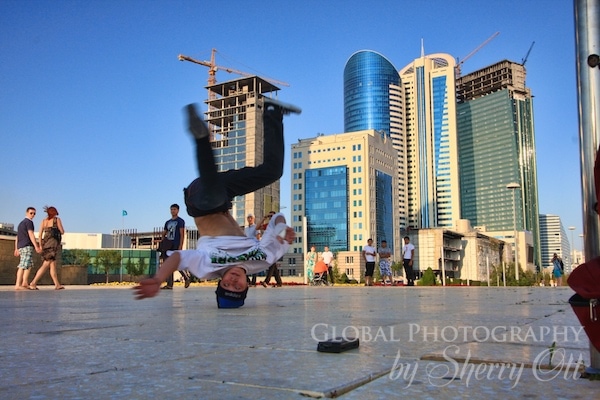 Break dancer entertaining me in the park in New Town Astana

The city of Astana will not remain a secret for long â so get here any way you canâ¦yet I donât know that I suggest you drive all the way from London like we did!

Learn how to follow us on our journey via social media
How to donate to our charity – the Christina Nobel Foundation â we are still collecting donations along the way!