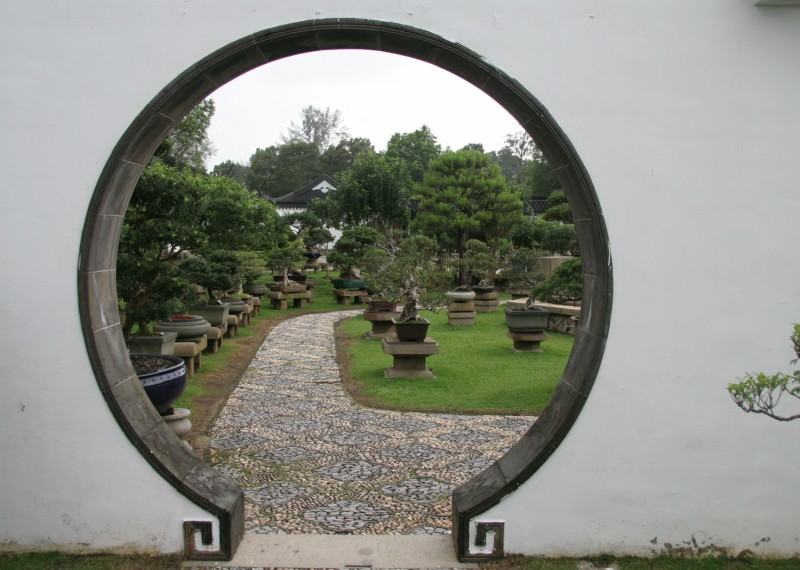 I spent the last week in Singapore soaking up the familiartiy of family, western food, western driving ettiquette, and even a little country hopping for spa time.Â  Since HCMC apparently shuts down for Tet, I decided to take advantage of the time off and spend some time with my family.Â  All I can say is that I have no idea how I would be surviving here on my own if it wasn’t for family nearby that I can escape to.Â  When I made the decision to come live in Vietnam, I did it with them in mind as I knew it would be an added perk to have them only an hour and a half plane ride away.Â  Since I’ve been here 4 1/2 months, I’ve visited Singapore 3 times now!Â  I love being able to drink tap water again, cooking in a kitchen, riding around in a car that follows traffic rules, going to the grocery store and buying poptarts…it’s really a nice little break from my life in in Vietnam.Â

In addition, and probably most importantly, it provides me a social outlet.Â  People I can talk to that know me.Â  I love meeting new people and making new friends, but that process has been very slow here in HCMC and for a social butterfly like myself, that is a bit crippling.Â  Plus – there is a part of you that simply gets tired of telling you ‘story’ over and over again.Â  You long for the familiar faces and conversations of people that already know that story – people that you don’t have to worry about making a good first impression – people that you can literally be yourself around.Â  That’s what Singapore is to me…my little family oasis. 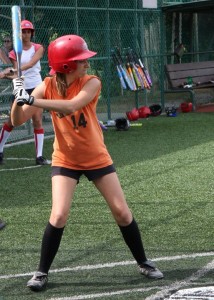 I had a great week minus the fact that I somehow caught a stomach bug.Â  Doesn’t it just figure that when I get out of the undeveloped country and get into the developed country then I get intestinal issues…maybe my insides were in shock – who knows.Â  I spent much of the week in the bathroom, but I also spent the week seeing old friends, playing wii with my neices, playing cards, going to softball games, watching movies and American Idol, running in parks and on sidewalks (a true treat for me as HCMC doesn’t really have either that you can run in/on), andÂ we grilled out food and I enjoyed baked goods!Â  Ah…the joys of having an oven again!

My sister and I also decided to have a spa day with some of her friends.Â  The one downside to Singapore is that it is expensive – it has western prices.Â  For someone working on a SE Asia salary, this isn’t good for my pocketbook.Â  So we decided to make a true day adventure out of our spa day and go to Indonesia!Â  One of the fun things about Singapore is that it is relatively easy to get out of it and island hop to another country forÂ the day.Â  Singapore is surrounded by little Indonesian islands just an hour or two away;Â in addition you can easily drive over the bridge into Malaysia if you feel like getting yet another stamp in your passport.Â

We opted for the island of Batam Indonesia for our spa get away.Â  We chose our spa, Tiara Mustika, and made a reservation for the day.Â  A simple drive down the the ferry terminal with our passports, a credit card,Â and some good reading in hand is all we needed.Â 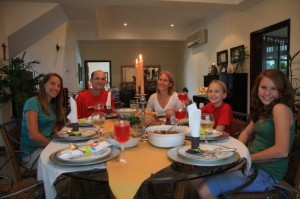 My family in Singapore

The ferry took one hour and an Indonesian visaÂ was quickly obtained on arrival for $10USD.Â  After that we had the spaÂ sent a driver to pick us up at the ferry terminal and he whisked us off to spa bliss!Â  For a mere $35USD we had a classic Indonesian spa experience that included 3 hrs of massage, herbal steam, body polish, boady mask, hydro bath and ratus (a strange incense experience).Â Â Â  We easily made it back to teh ferry terminal, grabbed some food from A&W and were back in Singapore by 5PM.Â

My Tet holiday was spent in a traditional way – with family.Â  It was just what the doctor ordered.Â  A little taste and feel of home in the middle of Asia.