8 Days, 3 Cities, 5 Airplanes – this is fast travel. This week I’ve been on a whirlwind trip of China and I’ve been moving around so fast that I can never remember what my hotel room number is let along what floor I’m on when I get in the elevator and stare blankly at the numbers.Â  I’ve spent more time in airports or transportation to/from airports than anything this week!

This was my second trip to China, I traveled with my father there 8 years ago, and this gave me a lot to reflect upon.Â  And I made some interesting revelations there as I experienced some of the same exact sites that I did 8 years ago.Â  More to come on that in future posts, but for now, one of the big things that makes this trip to China different is that I’m actually working here as a writer for USTOA.Â  I never could have predicted that I’d be back to China in that capacity!

Plus – last time I was here there was no Instagram…it was never even a part of our vocabulary.Â  So it’s been really fun for me to go back to some of these destinations and sights to capture them for social media – something that I didn’t even use back in 2008! This week I’ve been snapping Instagram pics all over Shanghai, Beijing, and Xi’an…and I’ve been enjoying a hell of a lot of dumplings and noodles! 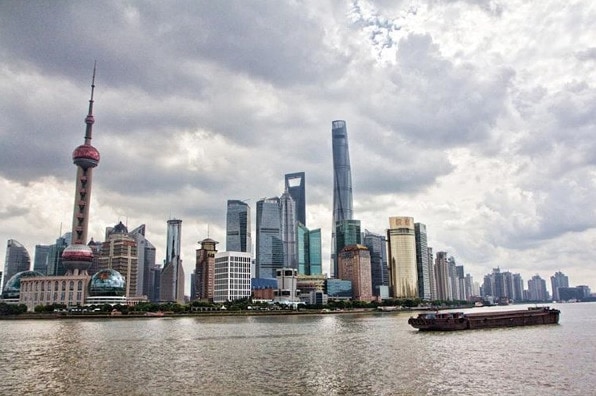 My first visit to Shanghai! As I gazed on the Shanghi skyline from the Bund neighborhood – I about expected little hover crafts to be zipping around the ultra modern architecture! But alas there were no hover crafts or George Jetson sightings – only river barges. #traveltogether 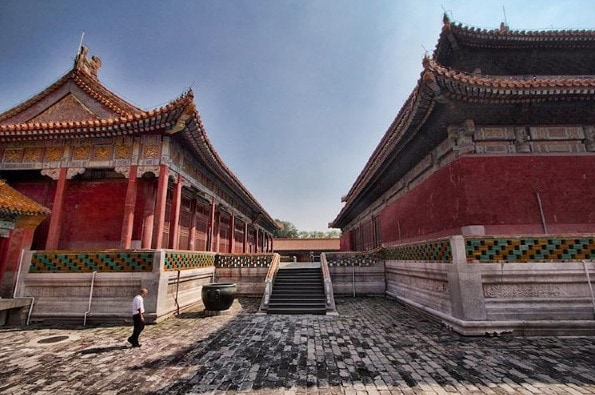 Have you ever been to the Forbidden City in Beijing? If you have, then you should be able to appreciate what a miracle this shot is! I had to work my arse off to get a shot with virtually no people in it. There are thousands and thousands of visitors a day here and most of the site is complete chaos that makes me want to run screaming! But if you work hard, be patient, and leave the masses you can find areas of peace and quiet like this one. #traveltogether 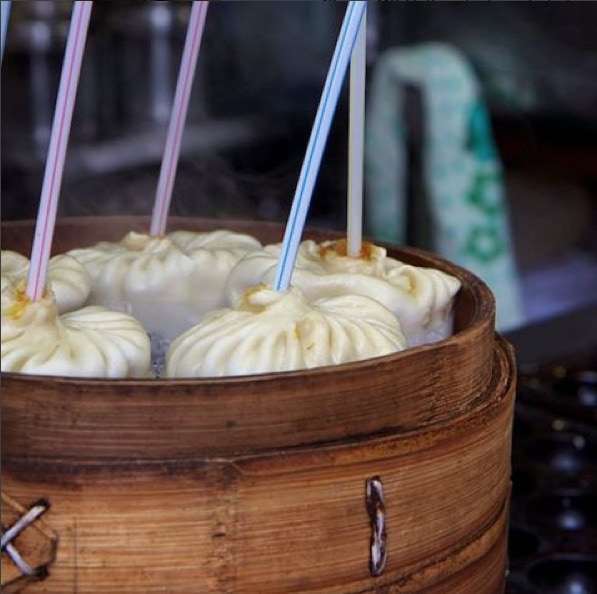 Would you like a straw with your dumplings? In Shanghai their famous soup dumpling are served with a straw! Slurp out the hot soup and then enjoy the pork dumpling! #traveltogether 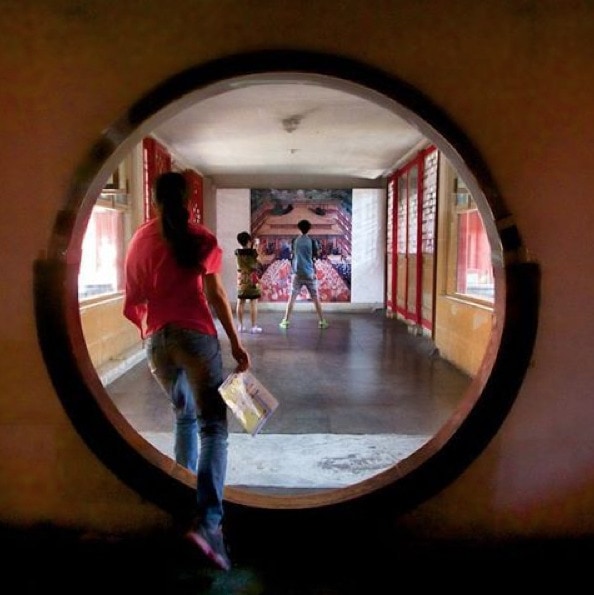 Circular doorways are a common theme in China temples and gardens. Like most everything there I’m guessing its a symbol of good luck – and if not, it should be! This one was found in a quiet part of the Forbidden City. #traveltogether 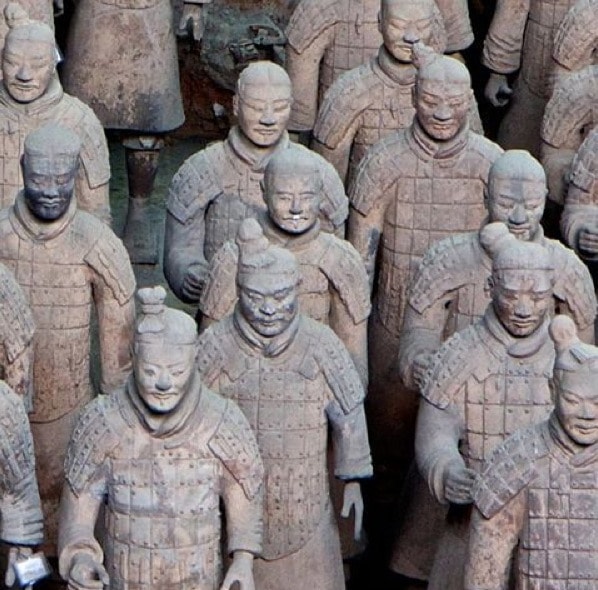 The story of the Emperor Qin reads something like the Game of Thrones with hostages, feuding brothers, wars, and the ultimate unification and creation of what we know as China today. Wanting to protect himself in the afterlife, Emperor Qin created his army for the afterlife – 8,000 soldiers, 130 chariots with 520 horses and 150 cavalry horses made of terra-cotta. This is one of the most massive archeological finds on the planet and is found an hour outside of Xiâan China.#traveltogether 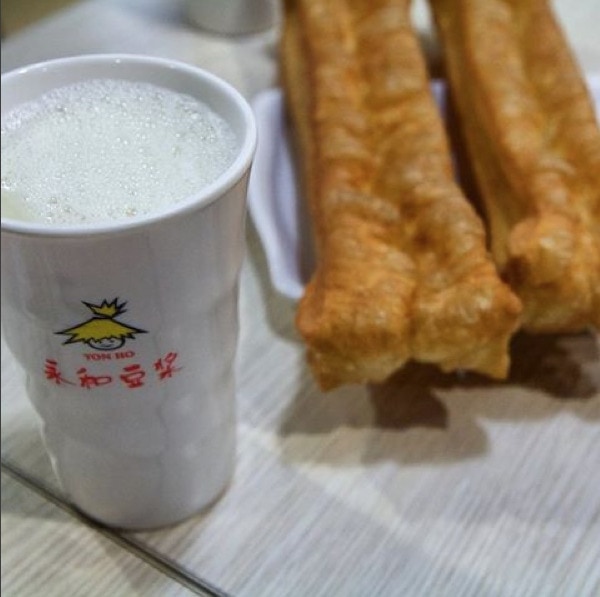 Milk does a body good. A traditional breakfast for the fast paced business workers in Shanghai – warm, sweet soymilk, and fried breadstick. Yon Ho is a fast food chain that started as a street stall in Taiwain and now sells their soybean milk all over China. The drink sort of tastes like what’s left in the bottom of a cereal bowl once all the cereal is gone and immediately won me over! It was fun to be the only foreigners in the restaurant and watch a steady stream of young business workers come in and eat before work. Sort of like the Chinese Starbucks! A cool (and tasty) view of daily life in Shanghai! #traveltogether 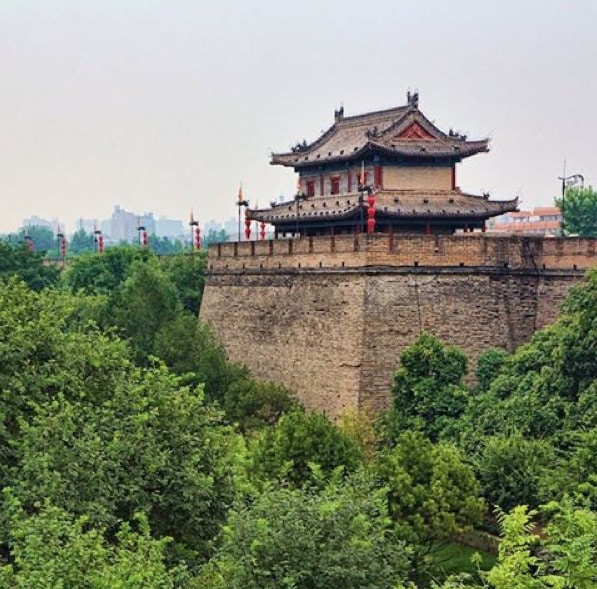 An old watch tower provides a great vantage point of Xi’an. The old city wall built in the 14th century of mud, limestone, and glutinous rice has been refurbished and runs 9 miles around the city with watch towers every 400 hundred feet. Surprisingly the wall was never put to the test as Xi’an was never attacked in ancient times. In modern times though it’s used as a park. People can walk around it or rent bikes and go for a ride. #traveltogether

What destination would you like to go back to and capture on social media?Â  Share in the Comments!