Building an Empire – One Day at a Time

When I was a kid I used to have a vivid imagination and would always beg people to play in my imaginary world. Â I would play library, school teacher, office (my personal favorite); I think I was a natural builder of empires, whether they be books, homework, or filing.

However, recently I’ve had the pleasure of taking my ‘play’ dreams and slowly making them come true one day at a time…I’m building an empire of career breakers,one day at a time.

How does one learn how to build a real empire? Â They go to the Caesar himself, Chris Guillebeau.

Slowly I’ve been dipping my toe into the online lifestyle/travel guru world Â and it didn’t take me long to find Chris Guillebeau’s Art of Nonconformity website where he writes about how to not be average in life. Â Not only does he speak eloquently on the benefits of not conforming, but he’s also a marketing, lifestyle product, launch, and travel guru. Â I’m not sure that he puts all of that on his business card though!

One fascinating thing about Chris is that he has a goal to travel to every country in the world before he’s 35. Â I love lofty goals, and I love following his progress on this in his newsletters and blog posts.

So – we’ve established, Chris is a cool guy with a lot of cool ideas,Â and if you haven’t read any of his work, then you are missing out. Â You can get a taste for it at his website – The Art of NonConformity – and check out his most popular articles on the bottom right. Â That will provide enough motivation for the next month at least.

One day at a time!

However I recently signed up for one of his products called the Empire Building Kit (EBK) where he provides you one lesson a day (via email) on how to build your own lifestyle business.

EBK was only available for 24-hours during both of the earlier launches. However, on June 16, 2010, it’s finally going to be released itÂ into the wild, where it will be available on a long-term basis. Â Chris offers 3 different pricing levels with different benefits; Â I am doingÂ the Hail Caesar EBK and feel that it is just right for what I was looking for.

A launch checklist (I found this very valuable since I knew nothing about launching a product!)

A full year of inspirational, educational, and task oriented emails from Chris

This combo of items has really opened up my mind to the possibilities and steps that I need to take to get Career Breaks into the mainstream!

Plus – he’s even throwing in some extra products for incentive to purchase on June 16th only.

I’m not going to say anymore about the product sinceÂ Chris does the best job of selling it – check out his website to be wowed.

Build Your Own Empire in 1 Year

The only thing I will say is that on Ottsworld – I only recommend things in which I believe in and use. Â I wouldn’t be taking the time to write about this if I didn’t believe 100% in it. Â However in full disclosure – I’m a part of the affiliate program for Chris which means that any sales I refer for EBK, I get a percentage. Â I’ve given up on most affiliate programs on Ottsworld and no longer offer them on my site as they don’t really yield much – only Smugmug Photography Storage/Website and Empire Building Kit will remain as they are two products that I love and would recommend regardless of any affiliate program.

So if you have entrepreneurial aspirations, are full of great ideas, want to stop ‘working for the man’ – or simply dabble in being your own boss, need some inspiration to keep you on track, or simply want to learn how to create and launch an online business – then check out the Empire Building Kit – Build Your Own Empire in 1 Year

One last thought to leave you with… 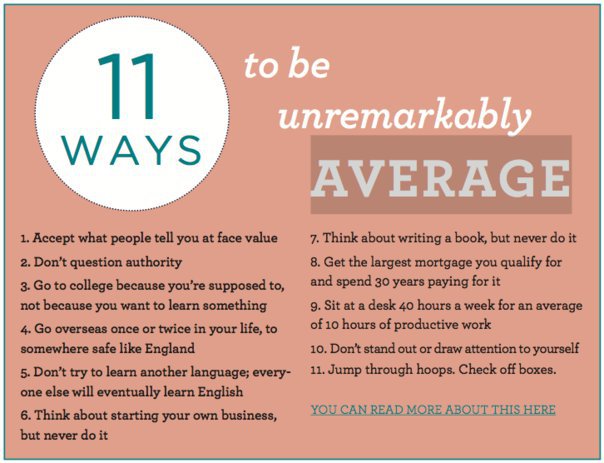 Is this what you really want?

9 Responses to "Building an Empire – One Day at a Time"