Take a Seat in Nova Scotia 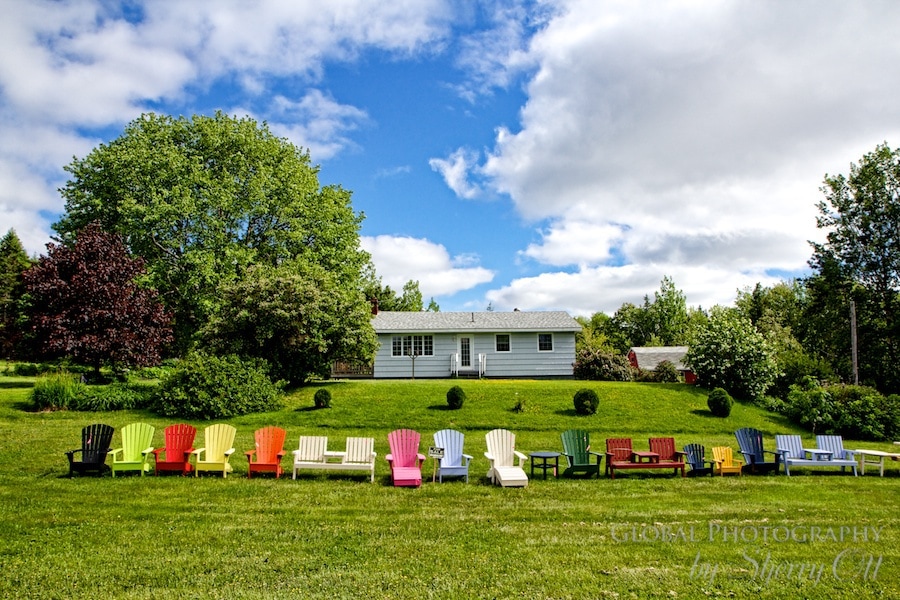 They were everywhere â standing out like a bright beacon of color amidst an often gray, moody background. During our 2 week driving trip around Nova Scotia this iconic chair was found everywhere along our routes. Some were new and brightly painted, some were plastic, and some had seen better days as the paint peeled due to neglect and the harshness of the Nova Scotia weather had taken itâs toll. However, no matter the condition, Adirondack chairs in Nova Scotia were always gazing off towards some amazing tranquil views.

According to Yankee Magazine,

âThe Adirondack chair is defined as âan outdoor armchair having an angled back and seat made of wide, usually wooden slats.â In 1903, LeeâBoston blueblood, global adventurer, and early bohemian who spent more time at his familyâs Lake Champlain summer house in Westport, New York, than his family might have preferredânailed together the first proto-Adirondack chair out of some wide boards. The seat and back were crafted of single wide hemlock planks, which met at an angle designed more for leisure than labor. Wide arms were designed [so that you could] sit with a cup of coffee and a newspaper. The arms make the chair a self-contained pod, a place where you can settle in with a beer, a sandwich plate, and a book or magazine, and still have plenty of room for splaying out your forearms and elbows. Adirondack chairs are destination furniture, one-person resorts you put in your yard.â

One of my favorite and most clever uses of the Adirondack chair in Nova Scotia was by the Cape Breton Highlands National Park in their âRed Chair Challengeâ. The mission was to find and sit in ten red chairs scattered around Cabot Trail. At each chair thereâs a unique view of the landscape and seascape. Those who find five or more and post them on the Cape Breton Highlands Facebook page will be placed in a drawing for a prize. This was basically a chair scavenger hunt that was held around the Cabot Trail. Mom and I were excited to see how many we could find, but honestly finding the chairs was much more of a challenge than we expected! We only found one â we saw it from a distance and then had to figure out how to hike to it. When we did finally figure out the way, the view was indeed breathtaking placed on top of a waterfall.

As you explore Nova Scotia â be sure to check out this unique âdestination furnitureâ. Take a seat, slide back, and enjoy the spectacular views. 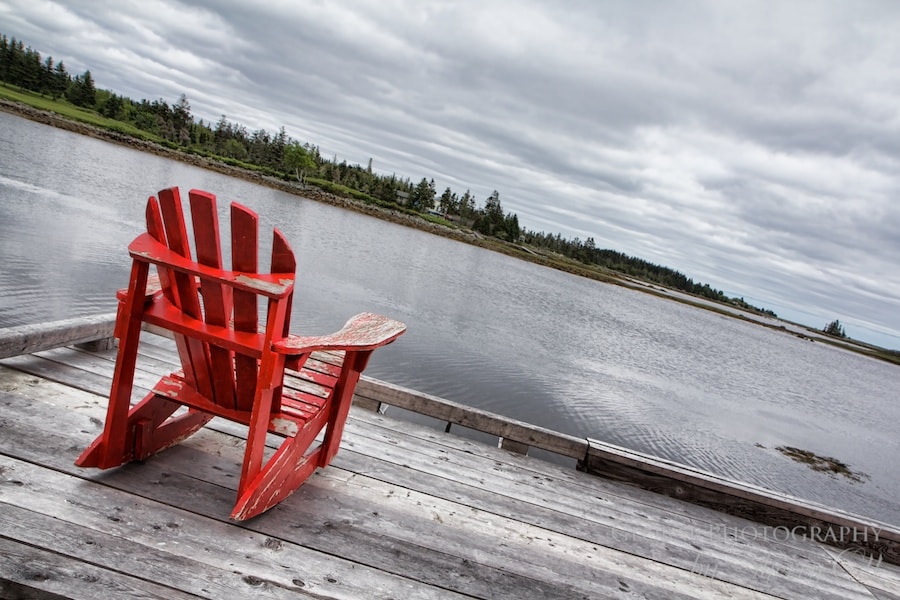 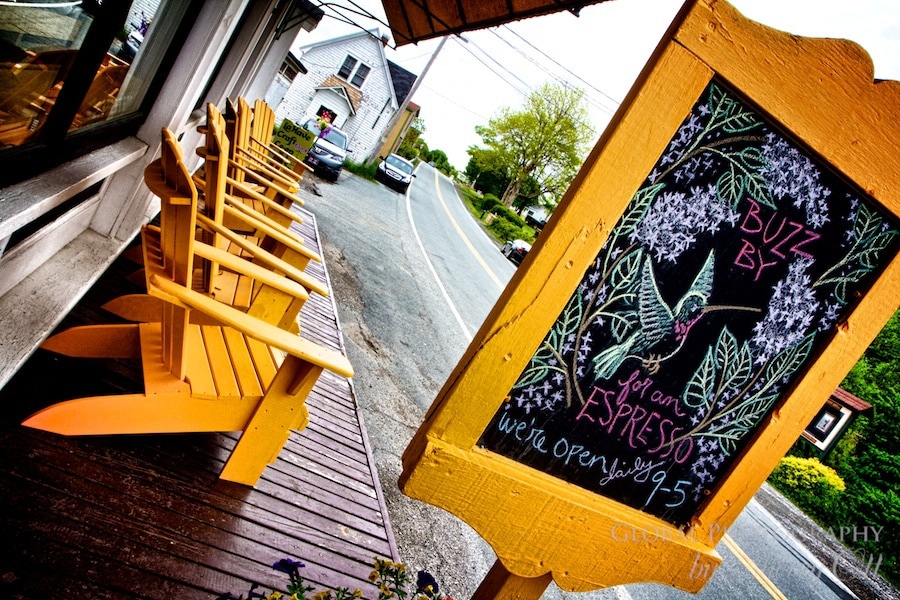 Golden chairs on the porch of LeHave Bakery in Nova Scotia 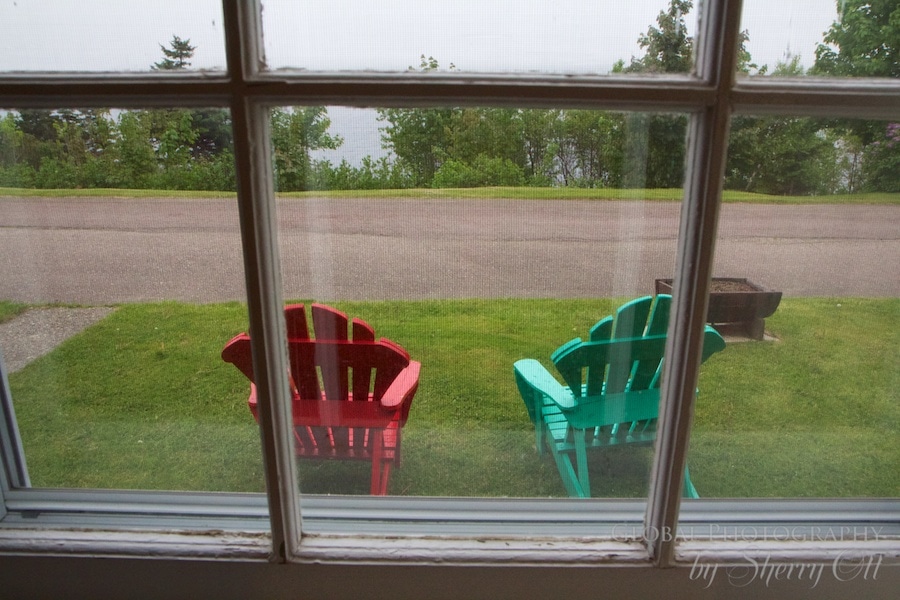 Front yard chairs found in front of our cabin at the Keltic Lodge. 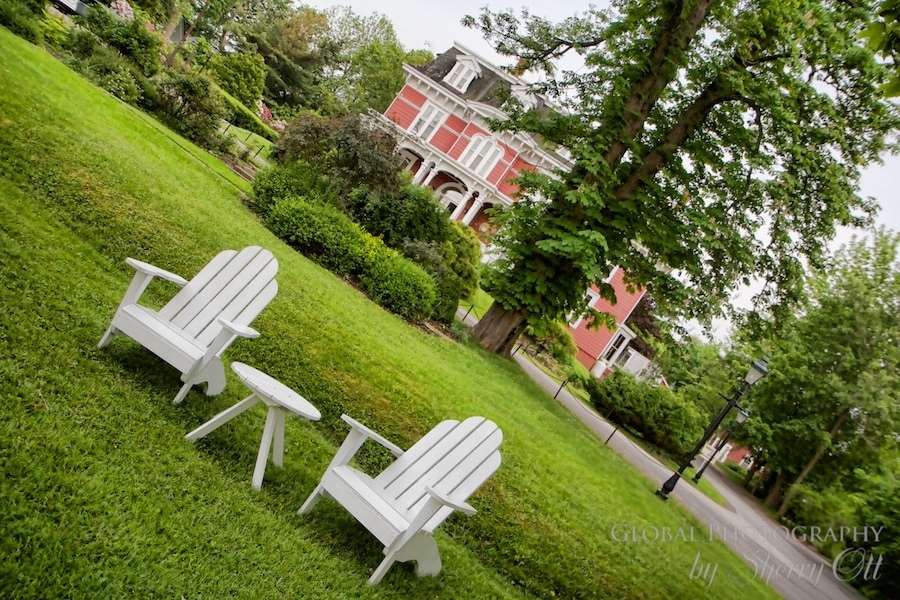 Chairs in front of Blomidon Inn – a great place to relax before dinner. 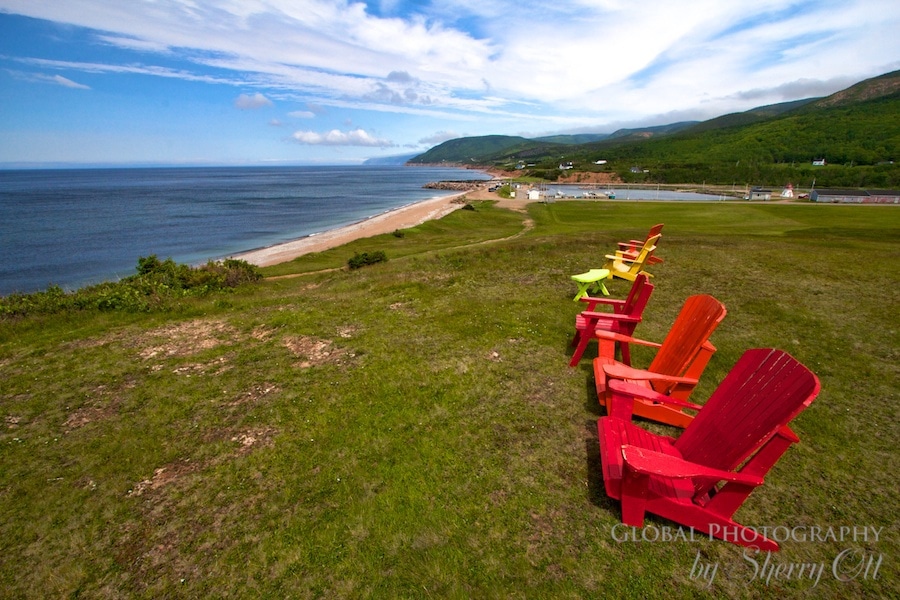 Chairs along the Cabot Trail at Mid Trail Lodge. One of our favorite places along the trail to sit and enjoy the view! 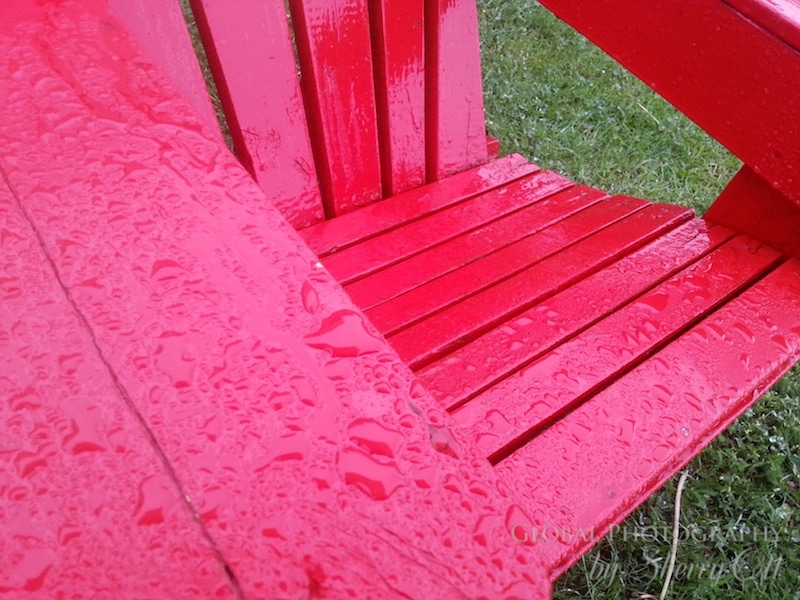 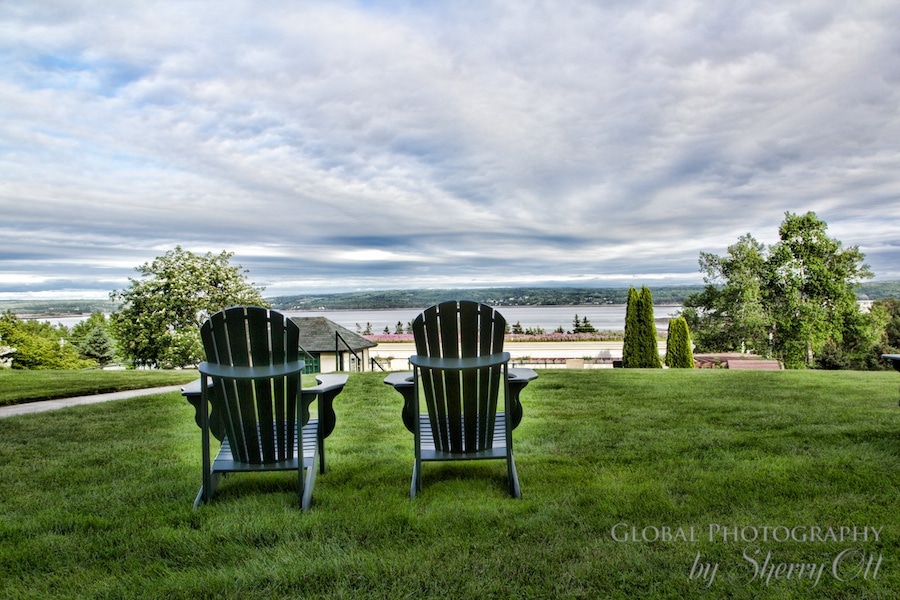 Chairs overlooking the Bay of Fundy 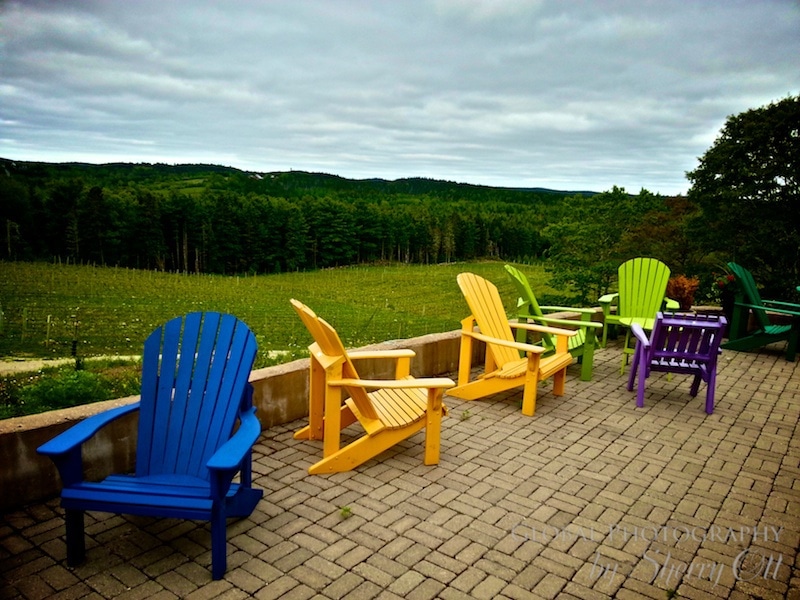 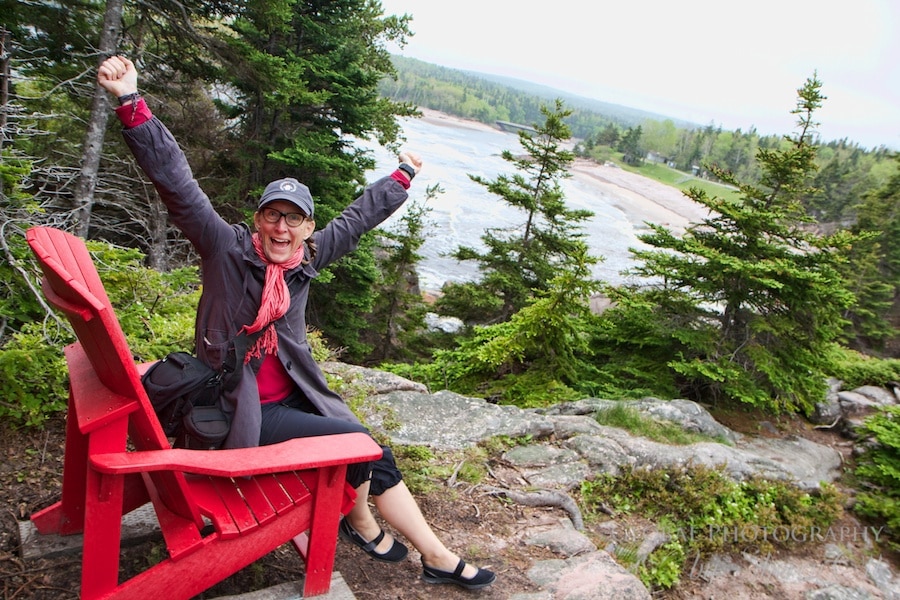 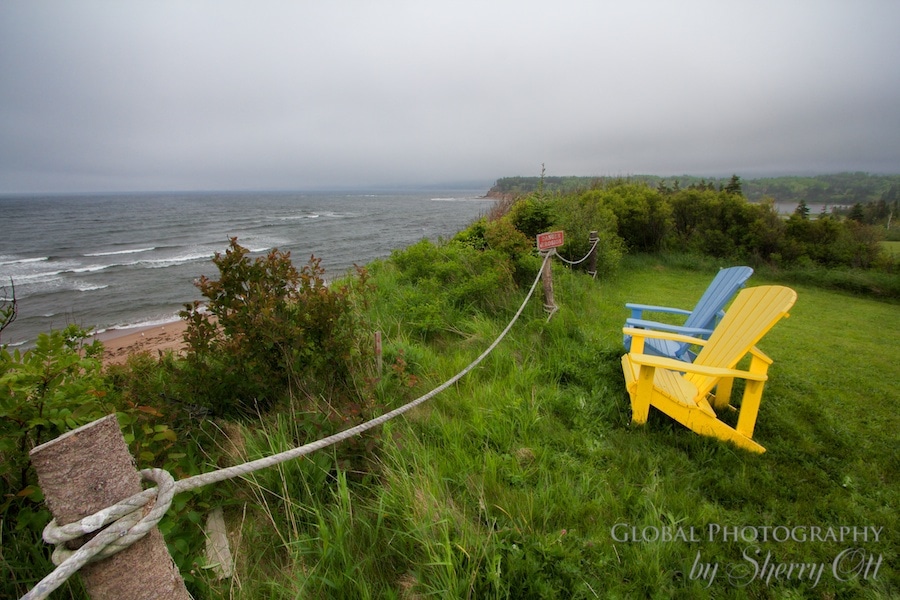 Adirondack chairs weather a storm along the Cabot Trail.

Disclosure:Â  I was a guest of Visit Nova Scotia during this trip and they provided me assistance with lodging as well as suggesting driving routes.Â  However all of the opinions here are my own.

9 Responses to "Take a Seat in Nova Scotia"